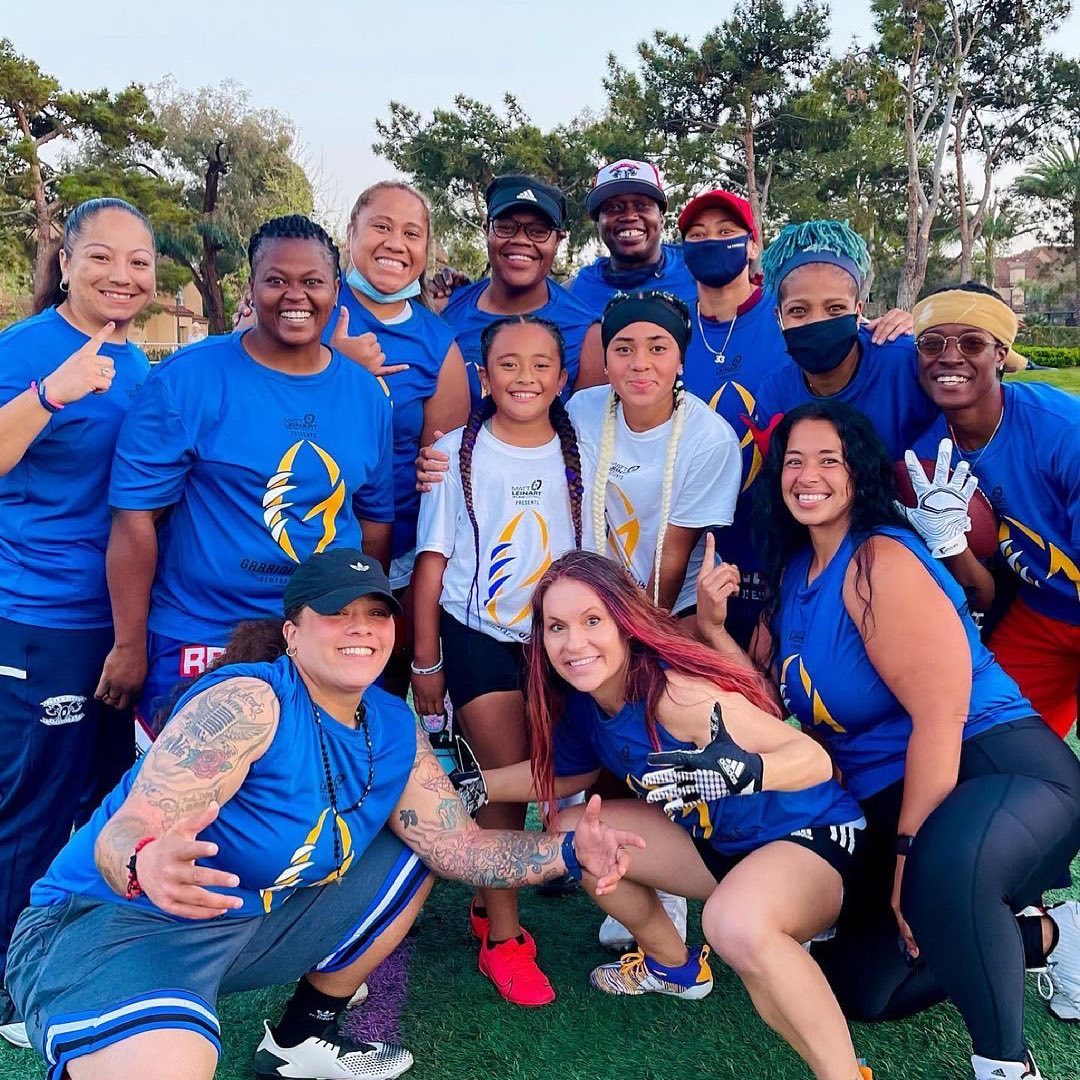 Check out our photo gallery courtesy of San Diego Digital Imagery, Matt Burn Photography and Kacey Grierson Photography. Also check out some of our workout videos.

Open workouts typically start in October/November. No experience required and all fitness levels are welcome. Bring water and cleats if you have them.

Many people also get together during the week for gym workouts.

please check out our Facebook.com/sandiegorebellion page for more info about joining the team and attending workouts! Please join our Rebellion Recruits group on Facebook to stay in the loop about workouts and events. 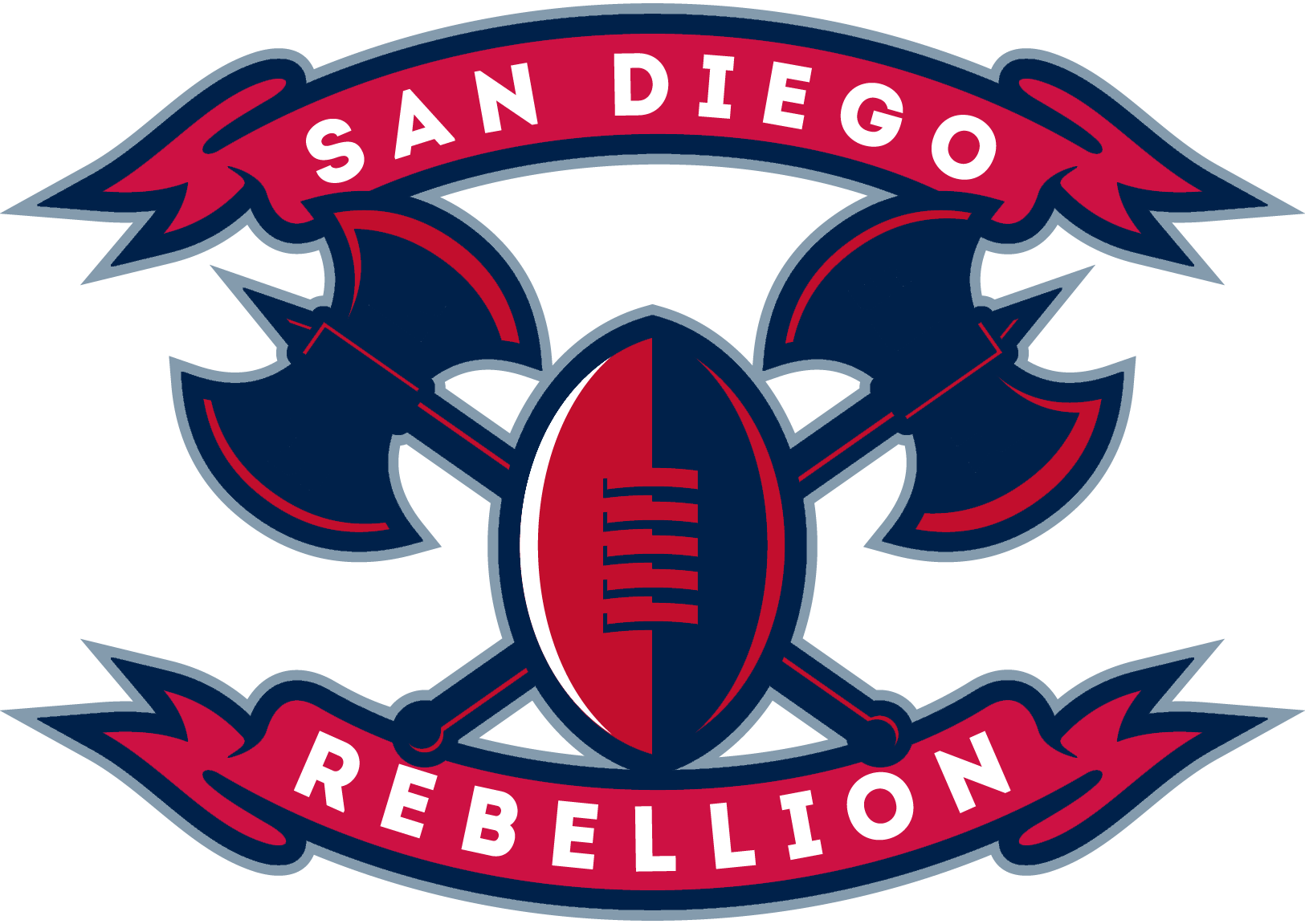 We will have 2 formal player evaluations for the 2022 team. The first in October, the second in January, 2022. These are not tryouts, but a way for the coaches to see potential players move through agility drills and football specific drills. All potential players are expected to attend at least one evaluation. Participation in 1 or more Sunday workouts is not required to attend an evaluation, but is strongly encouraged.  Dates will be posted after the August IX Cup National Championship.

Want to find out how you can be a part of the Rebellion. We are always look for sponsors and have a wide range of packages we offer. Or if you want to be closer to the action, become a game day volunteer.

Launched on August 27th the WNFC was founded by women’s football pioneer Odessa Jenkins. She is joined at the executive level by a team of former female NFL coaches and proven business, marketing, and sales professionals.

With this move the San Diego Rebellion becomes one of the WNFC’s inaugural teams. The WNFC raises the standard for football and business operations in the world of women’s football, closely aligning to the Rebellion’s founding beliefs.

“For far too long the sport of women’s football has focused more on letting everyone play rather than building high caliber teams that can produce a consistent, quality product. The WNFC’s focus on quality over quantity promises to raise the level of women’s football and will shift the conversation to the professional level.” ~Knengi Martin, co-owner

“Women’s football has always operated on the pay to play model. The WNFC has brought together successful business and football minds to produce an opportunity to shift this model. Focusing on corporate sponsorships, league branding, and a plan to help all teams grow to their full potential is what appealed to the Rebellion.” ~Katie Ott, co-owner

About the San Diego Rebellion

At the heart of The Rebellion organization is the belief that greatness happens when you rebel against expectations and consistently work towards a shared goal. Reflecting that creed, the Rebellion is a mix of veteran players, former high school athletes, collegiate athletes, and women that defied traditional youth sports to participate in Pop Warner and high school football programs.

For more information about the Rebellion and updates prior to the start of the 2019 season in April, visit facebook.com/sandiegorebellion 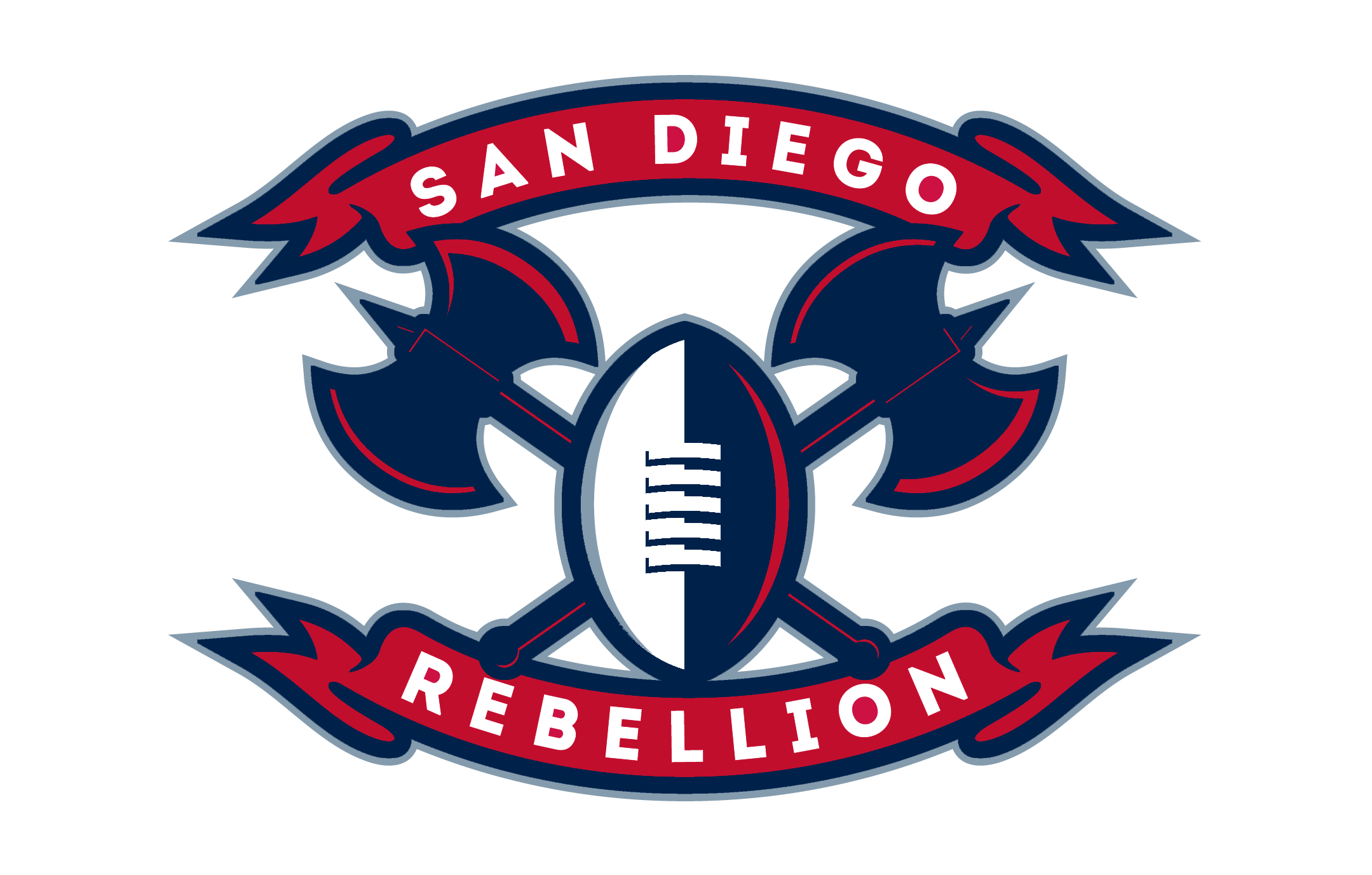